In response to rotating collar

This morning I went to the library because I wanted to show you some magazines with the work of the architect who made the buildings that I am working on. I was hoping to record a video for you while I was there, because lately I prefer that than doing the computer videos. But I wasn’t able to. So I tell you in writing.

I have been working on a set of apartment buildings that caught my attention years ago due to the different ceramic murals that each apartment had in the balcony.
What I wanted to show you was that all of this architect’s works are serious, straightforward and very well constructed. 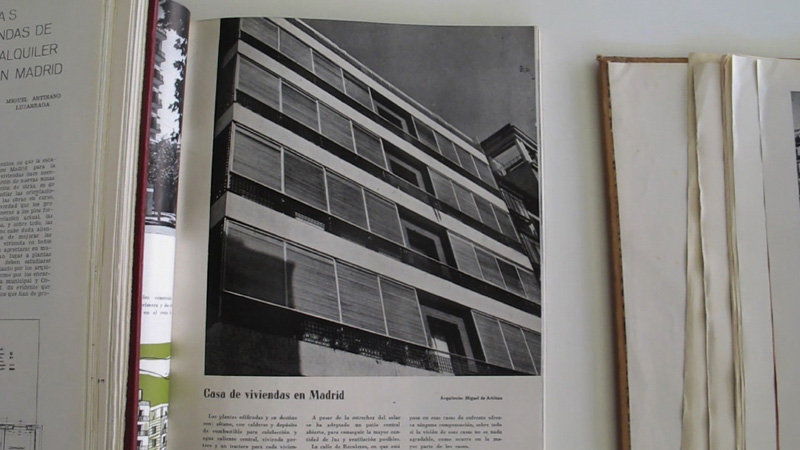 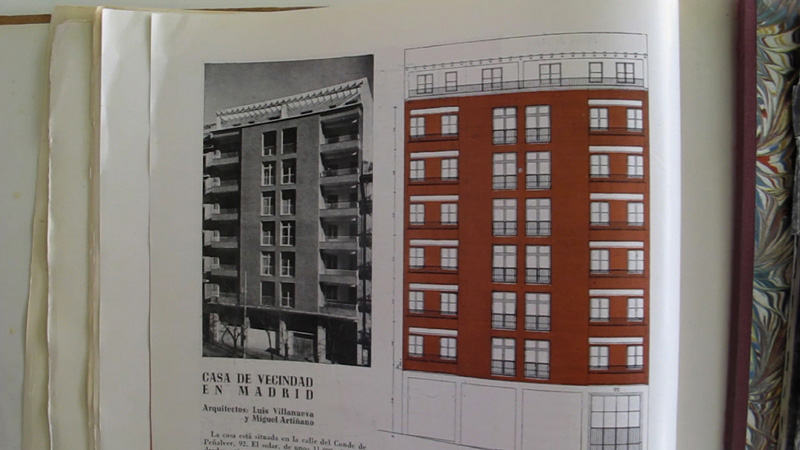 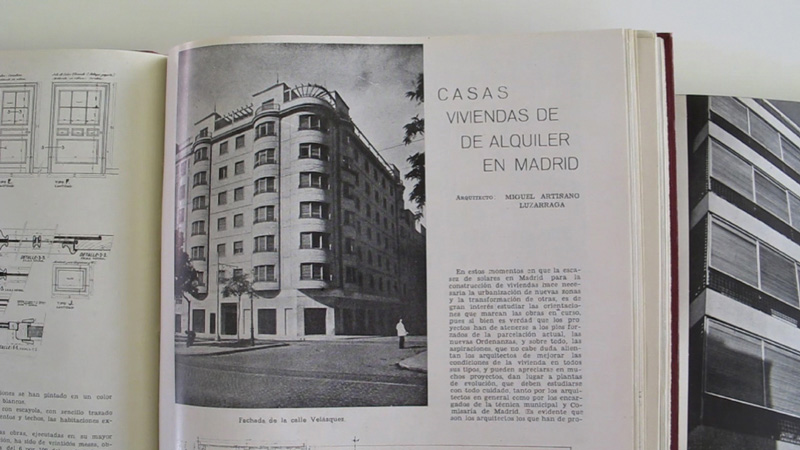 He wrote that ‘decoration should be simple since a building’s good appearance owes to the quality of its materials and their proper use.’

Then, in 1958, he made this set of buildings with over 100 ceramic murals, commissioned from a pair of artists, and with several other decorative details. But it never happened again. 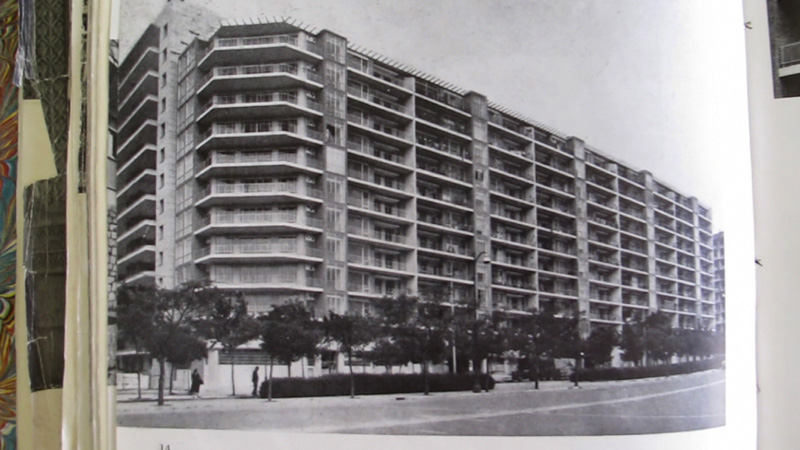 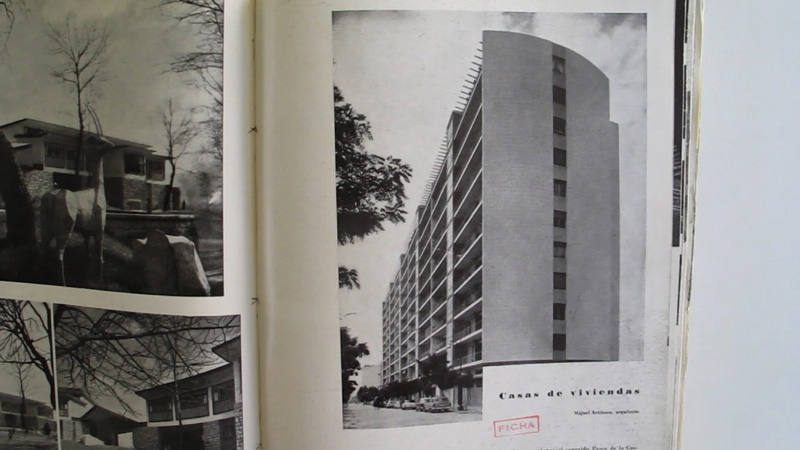 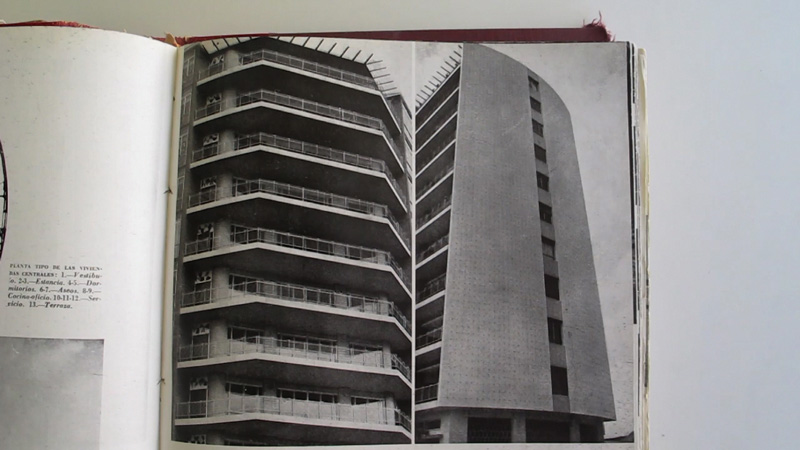 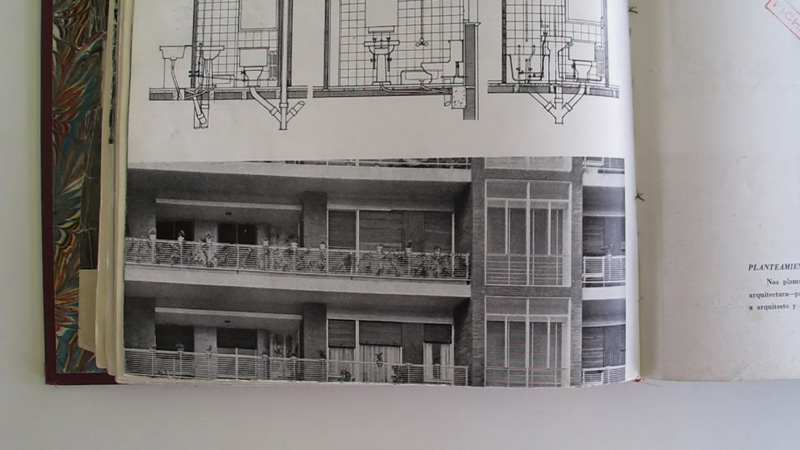 A family member told me he was an austere man. He married but had no children. Was tall, with dark hair and blue eyes, very handsome. Not sociable. He was a state architect. Always in suit, never without a jacket. When he would visit the building site a bell was rung and all the men stopped work during his round. He would go every day, which wasn’t the norm.

In the beginning of the project he had a car accident, his car was hit by a bus. He was injured and he got a permanent scar on his face.
Some think that the accident could have temporarily changed his sensitivity.
Others think that it was officially requested that the building be decorated in a way which would give a positive and more cosmopolitan image of Spain.

The murals depicted different cities in Europe in naif style and looked upon the Avenida del Generalísimo, in a new area being developed in the city, which then became known as Korea Town because of the large number of USA militaries who came to live there.
The article in the magazine mentions the murals but the photographs don’t do it justice.
I left a photo there from one of the murals I have managed to photograph. I have more, if you want to see them.

Esquivias makes videos that link images drawn from diverse sources, creating fragmented narratives that present interpretations of the everyday as well as of historical events. Employing low-fi technology and a decidedly DIY aesthetic, her videos may seem improvised and typically involve the artist filming herself as she clicks through slide presentations on her laptop or manually selecting and displaying photographs, computer printouts, handwritten notes, magazine pages, and other ephemera, which serve as visual references for her stream-of-consciousness monologues.